BAM continually strives to reduce its carbon emissions, and for the sixth consecutive year we have been accredited with a CEMARS (Certified Emissions Measurement and Reduction Scheme) Gold Certificate.

One of the world’s first and most rigorous, internationally accredited greenhouse gas certification schemes, CEMARS, has just announced that 30 of the UK’s infrastructure companies have together, saved 8million tonnes of CO2 equivalents year on year over the last six years. They estimate this to be equal to 700,000 return passenger trips from Heathrow to JFK New York.

This news came at the same time as other environmental news featured in the media. It was recently confirmed that the largest marine protected area was declared in Antarctica, and in other news, Canadian legislators had voted to approve the Paris global climate agreement. Coming into force today, the Paris Agreement has now been ratified by 55 countries and covers over 55% of global emissions. 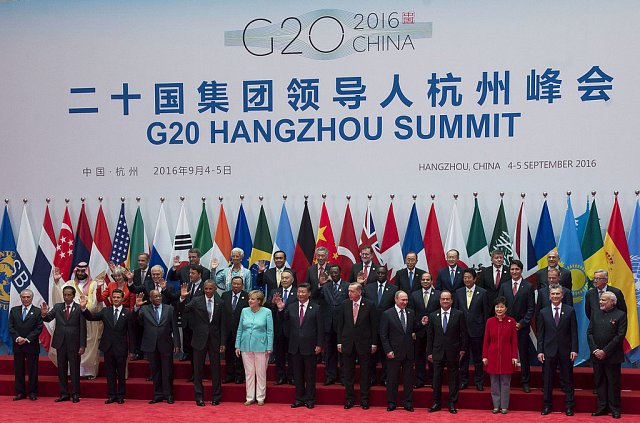 The recent G20 summit hosted in China (image by Casa Rosada (Argentina Presidency of the Nation) [CC BY 2.5 ar], via Wikimedia Commons)

But these highlight the fact that progress, including emission reduction, takes time – almost 20 years for the Paris Agreement. It is often a long process and is something that all countries, companies and individuals struggle to tackle.

Constructing and maintaining buildings is historically an energy-intensive process. Using energy in the form of gas, oil or electricity, forms part of everything we do - from turning on a light to powering a tower crane. It takes the combined effort of many people to challenge and change the habits and processes of a lifetime.

At BAM Construct UK, we’ve been measuring our carbon footprint since 2007 and have been reducing our emissions since 2008. We surpassed our 2015 target to reduce emissions by 25%, achieving a 34% reduction in emission intensity in 2015. 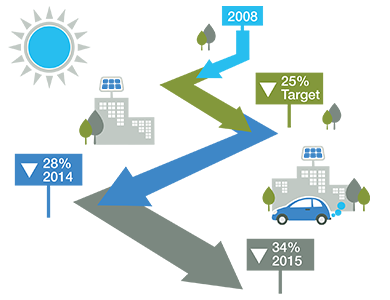 To achieve this we’ve concentrated on our construction projects, as these are the largest source of direct emissions. We set CO2 reduction targets for every project and last year, average emissions from our projects (including our subcontractors emissions) reduced to 14 tCO2e/£m project value, a drop of 29% since 2008 levels (19.9 tCO2e/£m). This is a result of using energy monitoring and management tools, and more efficient equipment. We continue to look to the future, introducing modular, energy efficient accommodation. These cabins save energy and reduce transportation as it is a flat pack system, as well as being a more comfortable working environment for our site staff. 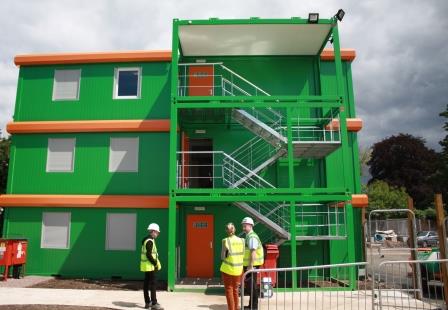 We have also worked hard to reduce our transport impacts, as we know that although transport is vital to our business, excess travel leads to emissions, higher costs and affects employees' well-eing. Our staff now spend less time on the road, which is good for the environment and their welfare. Employees are driving 2,580 fewer miles each per year for business than they did in 2008. The average efficiency of our company car fleet is now 104gCO2/Km and our goal is to reduce it to below 100g. In 2015, we re-assessed our car allowance fleet, which has now reduced to 144g/km.

Over the years, we have seen that targeting emission reduction isn’t only good for the environment, but also saves money. For example, by reducing emissions from energy use, gas, oil and transport we estimate we've made a relative saving of around £4.3 million since 2008. Put another way, if we had the same emissions intensity in 2015 as in 2008, we would have spent £1,000,000 more on energy and transport.

Going forward, our focus is going to shift to how we can reduce the wider emissions associated with our business, through our supply chain and the buildings we deliver for our clients. Working together will be essential if we’re to bring the commitments ratified today into being.

Alison Guscott is a Sustainability Advisor at BAM