Before working for BAM I would probably have answered “It’s what happens to old people and it’s when they forget important things.” I also used to think that Alzheimer’s and dementia were the same thing.

But having had the pleasure of managing BAM’s charity partnership with Alzheimer’s Society and Alzheimer Scotland over the last 12 months, I now know that dementia is more than that. With Dementia Awareness Week coming up, I want to encourage everyone to learn more about dementia, and what its impacts can be on the families of those living with it. 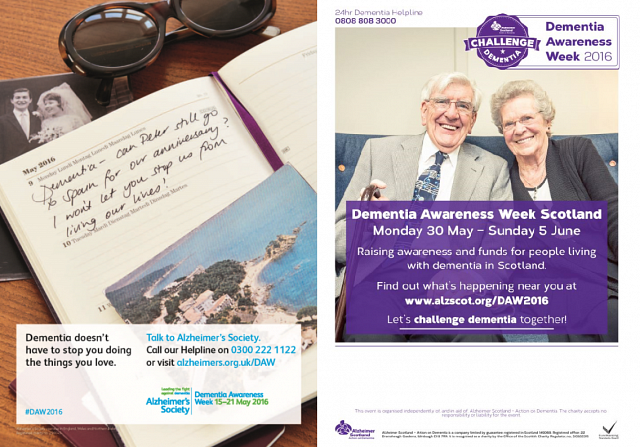 From speaking with my colleagues, friends and family I know I was not the only one to know little about dementia. I am grateful to have had the opportunity to learn more about it and how I could make a difference, but I still feel a little guilty that I didn’t already know more, especially when one out of 688 people under the age of 65 lives with dementia in the UK.

Unlike cancer, dementia is not widely understood. That’s why I would like to encourage my BAM colleagues to make time to understand it. Last year we hosted workshops which saw over 300 colleagues become Dementia Friends. This year I will continue to visit offices and sites across the country to host Dementia Awareness sessions to help get the message out there.

Just some of our BAM Dementia Friends

The two key points I have taken away with me over the last year are that firstly, dementia and Alzheimer’s are not the same thing. Dementia describes a set of symptoms - such as memory loss, or difficulties with problem-solving or language. These symptoms are caused when the brain is affected by certain diseases, such as a series of strokes or Alzheimer’s. Alzheimer's disease is the most common cause of dementia and without going into too much detail, I now know it is when proteins build up in the brain to form structures called ‘plaques’ and ‘tangles’. This leads to a loss of connections between nerve cells and eventually to the death of nerve cells and loss of brain tissue.

Secondly, I now know it's the small things that count when supporting someone with dementia. Dementia can affect the way a person thinks, speaks and does things. People can become sad, frightened, frustrated or angry about what is happening to them. But it’s important to understand that people living with dementia can still enjoy their hobbies, have great relationships with partners and friends, and with a little help live independently for longer. The main thing we can do to help those living with dementia is understand that dementia does not define someone. Remaining a part of their lives, staying in touch, helping them to keep up with their hobbies and interests, and importantly be patient and encouraging all makes a difference.

Just by understanding dementia a little more than we do now, we can all make a huge difference to people living with dementia in our communities, so if you only take away five things today it should be:

1. Dementia is not a natural part of ageing

2. Dementia is caused by diseases of the brain

3. It’s not just about losing your memory

4. It is possible to live well with dementia

5. There is more to a person than their dementia

Beth Kidd is a Community Engagement Assistant at BAM