Q: What do you get if you take one giant wicker worm, six chickens, 20 BAM volunteers, 1,000 plastic bottles, two plots of earth and celebrity chef, Raymond Blanc? 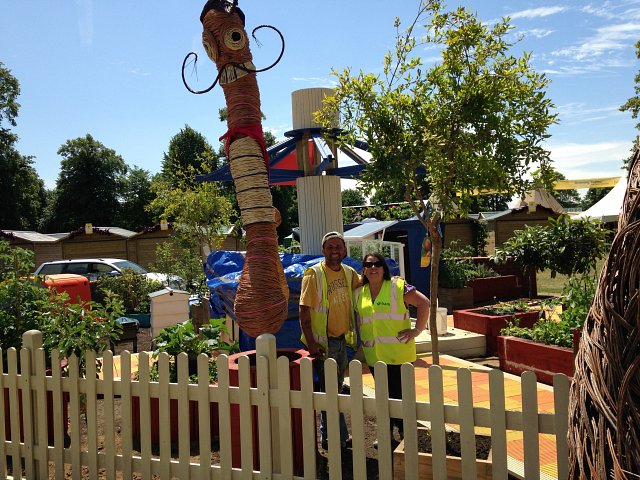 Following our repeated success at RHS Malvern Flower Show, led by Phil Eves BAM’s Education and Community Coordinator in the Midlands, BAM was invited to collaborate once more with ex Blue Peter gardener Chris Collins on two ‘Henri le Worm’ gardens, one for RHS Hampton Court Flower Show, and the other for Haslucks Green Primary School in Solihull.

The RHS Hampton Court garden was divided into four sections, including a recipe garden, Henri’s ‘edible’ shed, a ‘livestock’ area (with six real chickens!) and a demo garden for schools. The centrepiece was an outdoor kitchen area where Chef Raymond Blanc, who creates all the recipes for the Henri le Worm app, gave cooking demos. 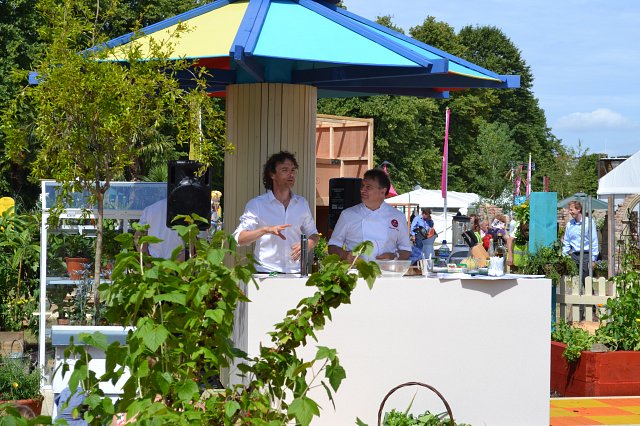 Raymond Blanc giving a cooking demo in the garden

Over two weeks, BAM volunteers from all parts of the UK helped with everything from constructing raised beds, building fake walls, to planting an array of vegetables and herbs (even on the roof of the shed!). We also brought wonderful colour to the garden by spending many an hour painting elements in blue, terracotta and the picket fence in Arabian Sands (looked more like cream to me)! See our facebook page to view all the photos. 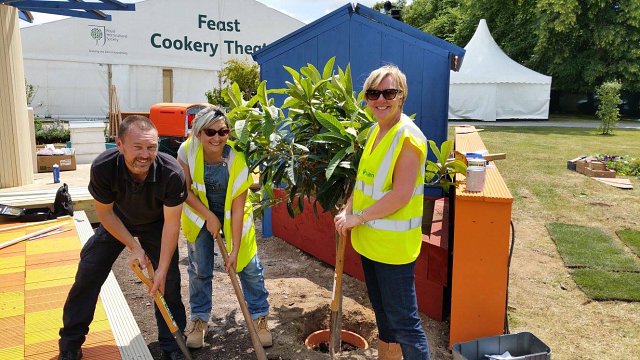 All the efforts where worthwhile as the Henri le Worm RHS Hampton Court garden received a Bronze show garden award and was visited by the Duchess of Cornwall. Now the RHS Hampton Court Show is finished, BAM volunteers will dismantle the garden to a working farm in Charlton, London, where schools can use it to teach sciences, mathematics, cooking and gardening, as part of the Community Garden Project.

As for the Haslucks Green Primary School, their Henri le Worm garden included a shed made out of 1,000 plastic bottles which helped teach the students about sustainability. The garden was a 'petit' replica of the main RHS one, built by a team of BAM volunteers from our design, construction and facilities management teams in the Midlands over a number of days, thanks to the BAM Team TIME grant. This was match funded by the PTA and school staff, who also got involved in the planting! 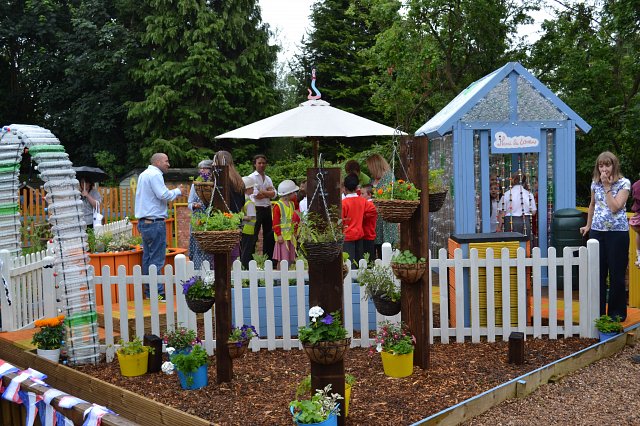 The Haslucks Green garden was officially opened by Raymond Blanc’s son Oli, who created the app, and Chris Collins in a ‘French themed’ opening ceremony. He gave the garden ‘Henri le Worm Community Garden’ status, in recognition of the work that had gone into the creation of the garden, including working out costs and garden design in numeracy lessons, and growing vegetables for it.

This is the type of volunteering that really works – bringing employees together to build something that will inspire, educate and inform the next generation, and ultimately make good deeds and volunteering have a wider positive impact.

Beth Kidd is a Community Engagement Assistant at BAM