How can we inspire young women to consider careers in STEM?

The lack of diversity within construction, and wider Science Technology Engineering and Mathematics (STEM) industries, won’t be news to many of you.

With a succession of national campaigns, progress has been made, but the stats don’t lie- according to the Construction Index News women still only make up 13% of the construction industry. We’ve got a long way to go.

Pinpointing the combination of factors which make young women less inclined to pursue a career in STEM industries remains a challenge. If you’d told the 13 year old me, I’d later be pursuing a career I love in the construction industry, there’s little chance I would have believed you. This said, I probably couldn’t have identified what exactly it was about STEM that was so off-putting.

A complex combination of factors are probably to blame. In schools we often hear young women complaining about a lack of female role models to identify with, poor exposure to STEM industries and also, as the Guardian highlights that, ‘opting into STEM implicitly involves opting out of femaleness’.

So what is BAM doing to help address this situation? 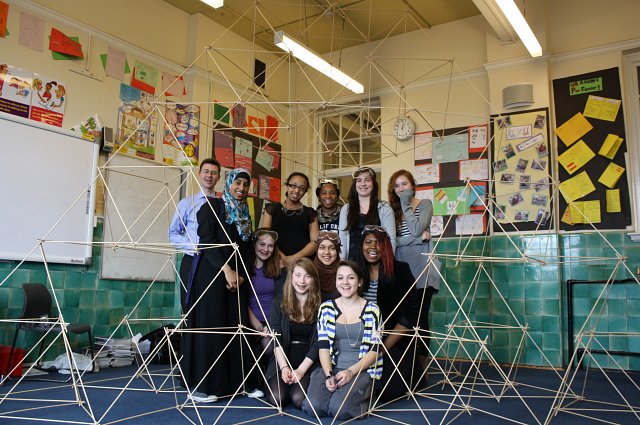 Well, we believe that keeping momentum high will slowly encourage a gradual shift in perceptions and like all companies; BAM has a role to play. Our Ready, Steady, Work Experience (RSWE) initiative has demonstrated that engaging young women early really can make a difference.

RSWE simulates a recruitment process for an entire year group and culminates in work placements in STEM industries. We’ve tracked the progress of 24 young women who participated in the initiative two years ago:

While many factors will have influenced the choices of the cohort above, it was the girls themselves and their teachers who identified in evaluations that participation in RSWE as being a driving force behind their academic decision making.

Whilst we know that broadening the perspectives of 24 young women won’t tilt any scales in itself, this isn’t a stand-alone initiative; it forms part of our overall ethos at BAM.  An ethos, which certainly changed my views on what it means to work in a STEM, based industry.